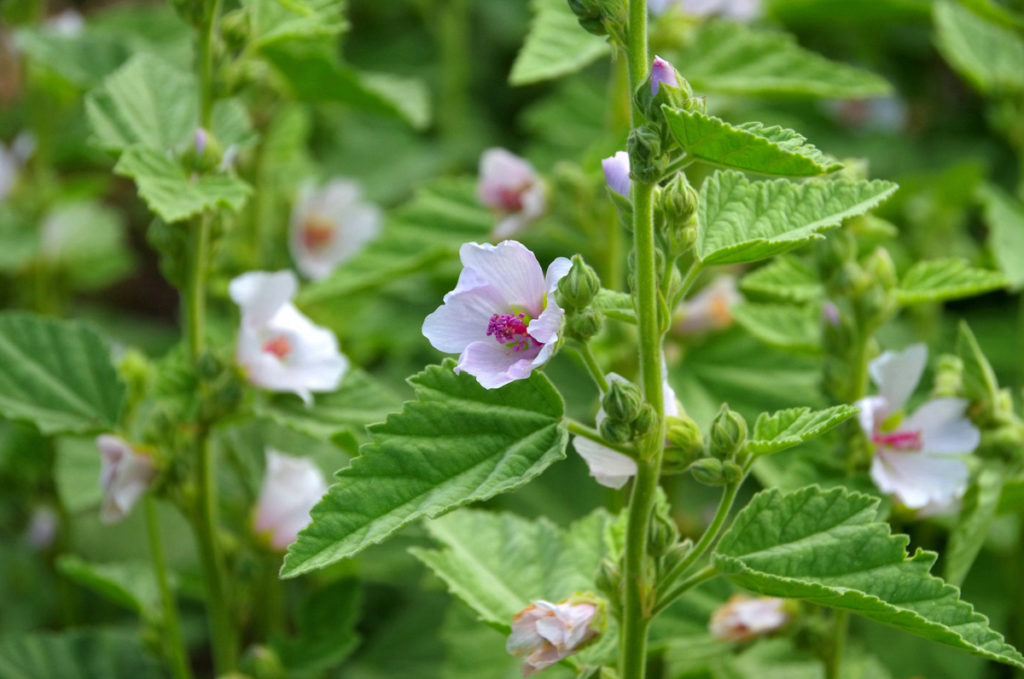 Marsh-mallow is a perennial which grows commonly on moist meadow soils in central, southern and eastern Europe. In Poland, it is also grown as an ornamental plant in home gardens. The history of the use of marsh-mallow for medical purposes dates back to ancient times. It was well known to Hippocrates and Dioscorides, and Avicenna recommended its use in respiratory problems.

The pharmaceutical raw material is the marsh-mallow root (Althaeae Radix), harvested in autumn or spring and thoroughly dried. The most valuable components of the marsh-mallow root are mucous compounds, which include galacturonic acid, galactose, glucose, rhamnose, arabinose, pectin, sucrose and starch.

Marsh-mallow root extract has a soothing effect on the pharyngeal mucosa, supporting healthy functioning of the respiratory tract. The raw material was used in the formulation of Pyrosal Kid syrup, whose components support the function of the immune system, positively influencing the balance of the organism defense forces.