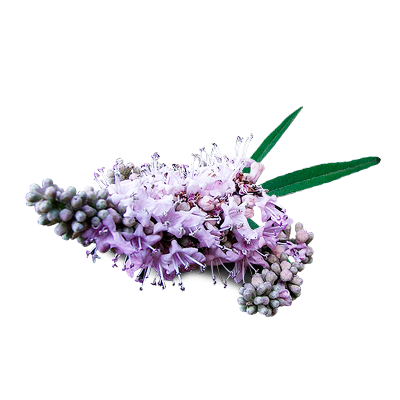 In southern Europe countries, being originates of this plant, Monk’s pepper has had a reputation of a very chic plant and was willingly grown in home gardens. Indeed, its purplish spikes and red, fleshy though small fruits and elliptical, pointed leaves make this plant very impressive. However, its charm is not the only advantage. Monk’s pepper is known and esteemed medicinal herb.

Its influence on endocrinal system has been known much earlier than the very concept of the hormone was established. Already in the Middle Ages minced seeds of this plant have been used in monasteries as a spice which reduces libido (hence the name of the herb – monk’s pepper). Although this property is not widely used nowadays, monk’s pepper was found to influence hormonal action of pituitary by reducing prolactin secretion which, in turn, reduces disturbances caused by excessive supply of the hormone into the body, such as premenstrual syndrome, mastodynia – a painful swelling of breasts, and menstrual disorders.

You can find monk’s pepper in one of the preparations produced by Herbapol Wrocław, which brings relief in above described situations – Castagnus tablets.