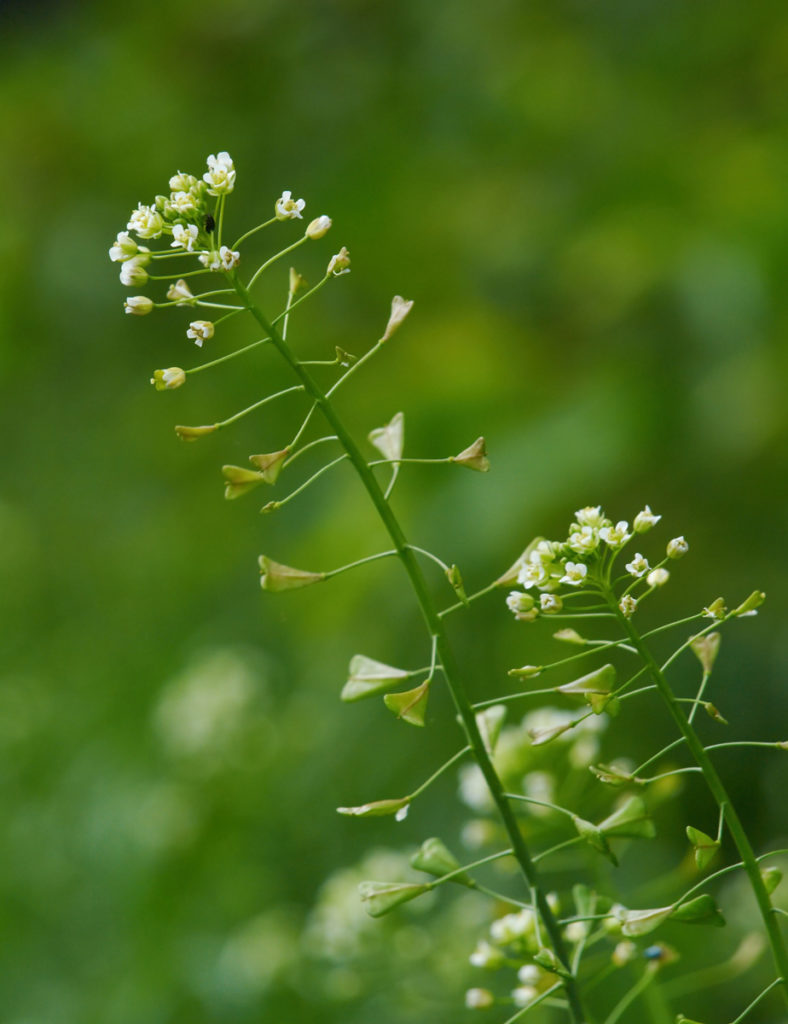 Shepherd’s purse is a well-known plant and has a long tradition of application. The earliest mention of it appeared already in the oldest Chinese herbarium of the emperor Shen Nung (about 2700 BC). He included shepherd’s purse to a group of 20 so-called “princely herbs” putting it on parity, among other things with ginseng. In the old European culture, this plant was often used in various indications, including supportive during the menstruation.

Both the Latin and the British name of this plant refer to the characteristic shape of the fruit (silicle), which resembles shepherd’s bags.

The plant probably originates from the Mediterranean region. It is now a very common species, widely spread in the Northern Hemisphere countries. It grows in large numbers in fields, pastures, fallows, debris, by roads, fences, walls and in gardens. It has small soil requirements, and during the growing season even several generations of the plant develop. Shepherd’s purse is also considered to be very resistant to difficult weather conditions such as heavy rain or drought. The above characteristics make it a commonly well-known plant, not just to herbalists.