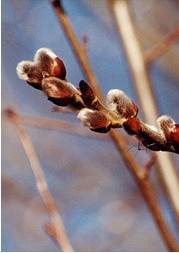 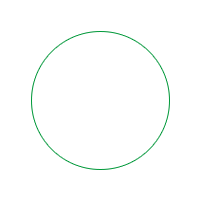 From the genus Salix, around 300 species of trees, shrubs and low-growing or creeping undershrubs are found in various environments, from marshes to high parts of mountains. Domestic species of willow used in medicine are white willow, also known as weeping willow – tree with gray-brown, deeply cracked bark and lance-shaped, dark from the top and grayish on the underside leaves; and purple willow, a shrub with purple-red branches and blue-green leaves, matt from the underside.

Willow bark is one of the oldest antipyretic and anti-inflammatory agents used nowadays. The first written records on its use have been drawn in the world’s oldest Sumer country. Despite the growing rivalry from synthetic salicylates and other groups of medicines with similar action, willow bark is still useful in medicine due to its low toxicity in comparison with every other counterparts. Willow bark is one of the ingredients used for preparation of herbal mixtures for RA, rheumatism and fever. It is also used as a raw material in production of simple and combined preparations with the same action. Pyrosal syrup and Reumacor tablets, both manufactured in Herbapol Wrocław, contain willow bark. 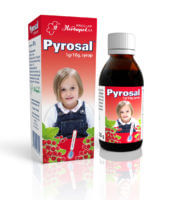