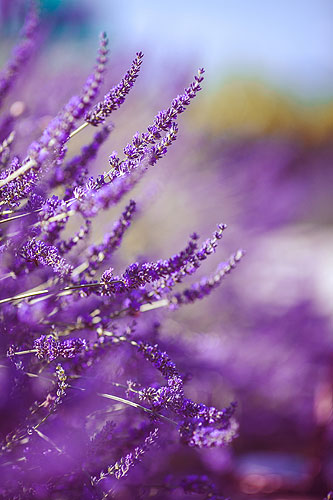 Lavender is a shrub of the mint family, which is characteristic of the Mediterranean climate.   It is grown in France, Bulgaria, Spain and Italy.  Lavender has spicate, blue inflorescences with a characteristic smell. The species used in medicine is Lavender (Lavandula officinalis). Lavender takes its name from the Latin word lavare – which means to wash, rinse. It was already used in Ancient Persia, Greece and Ancient Rome.  It was included in the mixtures used to disinfect hospital rooms.  In Arab medicine lavender has been used as an expectorant and relaxant 1.

The used raw materials of lavender are its flowers and essential oil.  Lavender oil is obtained by steam distillation of fresh flowers.  It is used internally, as an oral preparations’ component, and externally – in aromatherapy.  Components of essential oil have a gentle relaxing effect and help to fall asleep.  It is also widely used in cosmetics and perfume industry 2,3.

Lavender raw materials are traditionally used in mild states of nervous agitation and difficulties in falling asleep.   They are also a component of many complex preparations. Extract from the lavender flower has been used in the formulation of preparations and Nervosol and Nervosol Sen. 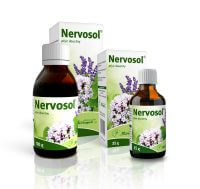