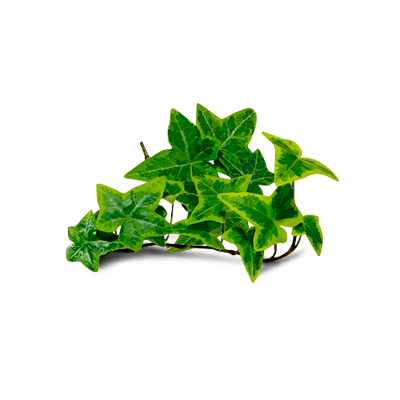 Ivy is one of the most common climbing woody plants in Poland. In spite of its commonness, it is a protected plant. Its uncommon feature is that the leaves of flowering shoots are different in shape from the leaf stems, on which flowers do not bloom.

Although ivy had been appreciated by the ancient Greeks, for many years this appreciation fallen within the domain of interests of priestesses and worshippers of Dionysus than Asclepius. Leaves of this popular climber, as a medicine, are used from a relative short period of time (of course, with regard to a measure for herbs). They are fairly strong smooth muscle relaxants, including bronchi, as well as antipyretic, expectorant, venous-enhancing agents. What may be essential for men, ivy leaves are also fungicides (lung disease are often connected with various types of fungal infections) and anthelmintic agents, which may be important in children. Some compounds found in leaves have uncommon property of thinning of thick mucus.

These beneficial properties of ivy have been utilized in two formulations manufactured by Herbapol Wrocław: Hederasal syrup and Hederoin tablets.