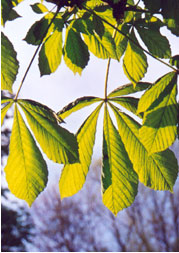 It is hard to believe that so native, popular and reaching up to 25 m trees of specific, palmate leaves and unique fruits, planted in almost every national parks, have not been known in Poland since the 16th century. Medicine had found it useful even later, but possible uses were discovered pretty fast. Nowadays, we use its bark, flowers (only white) and chestnut seeds, commonly but wrongly referred to fruits.

Flower or seed extract and its active compound, aescin, are used orally or externally in mechanical injuries: sprains, contusions, haematoma and bloody bruising, as it can reduce swelling. These preparations are also used in swelling of natural origin: infection, varicose veins, chilblains, as well as in the states of thrombosis and venous stasis, varicose ulcers and haemorrhoids. Horse-chestnut seed can be found in the following preparations manufactured by Herbapol Wrocław: Venescin, Venescin forte, Venescin gel. 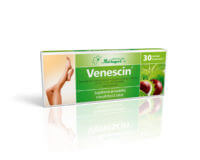