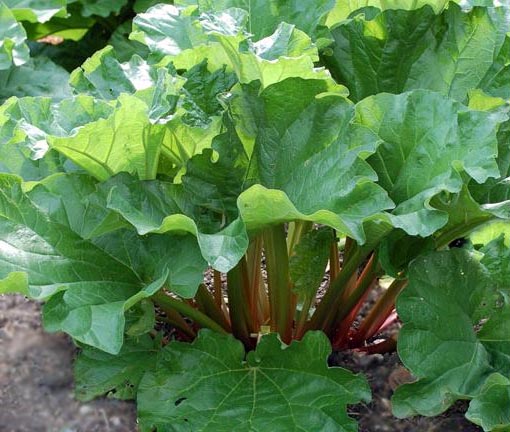 Rheum is a species belonging to the Polygonaceae family. It comes from the mountains of western China, located between the Gobi desert and the Jang-tse-king River, and from Tibet. In Chinese folk medicine it was used already in III century B.C., and then in the renaissance it reached Europe by land. Currently rheum is cultivated in many European countries, and one species, commonly referred to as rhubarb, is used in the kitchen1.

The medicinal raw material is the root of the plant, which is obtained in the autumn and early spring. It contains tannins, anthraquinone derivatives and starch. The healing effect of the extract from the raw material depends on its dose, which results from the fact that it contains two groups of compounds acting contrary to each other. At low doses, up to 0.3g of root extract, it acts as a constipating agent (presence of tannins with chasing action), while higher doses cause a laxative effect, for which anthraquinones are responsible. Anthraquinones stimulate the peristalsis by irritating the intestinal mucosa3,4.

Preparations containing the extract from the rheum are available in a variety of pharmaceutical forms, among others, in the form of tablets, herbal mixtures, syrups and granulated drugs. They find application in an immediate, short-term treatment of constipation.

The extract is a component of Radirex tablets and Rhelax syrup.